In the past, as a Mac user, I've used separate external drives for Time Machine backups and Super Duper clones but I'm not happy with that. External hard drives make noise and create clutter.

I'd like to move away all my storage from my living room (or home office) and put it in another room or even closet.

A NAS may help with that but a NAS does not solve all problems. The main problem being the reliability of network-based Time Machine backups. Those NAS devices pretend to be Time Capsules, but there's always the risk that Apple breaks compatibility with a future update. 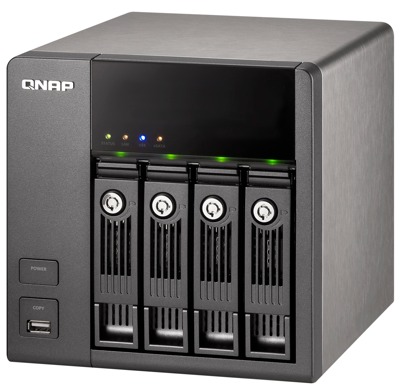 From my experience, Time Machine backups are only 100% reliable with local attached storage - like external hard drives.

Now there is a cool technology called iSCSI. It's basically a storage protocol tunneled through your home LAN network instead of a USB / Firewire or Thunderbolt cable. Most NAS devices support iSCSI and allow you to carve out some local NAS storage and present it to your computer through the network as if it was just local storage. Since iSCSI uses your Gigabit network as a transport, you can achieve transfer speeds of around ~110 MB/s easily, which should suit most needs*.

This trick allows you to create bootable Super Duper clones of your boot drive through the network. I would just hook up an external USB drive to my NAS and export it through iSCSI.

In case of an emergency - when your boot drive dies - you can boot from this external hard drive. Just disconnect it from your NAS and hook it up to your Mac.

Because hard drives attached through iSCSI are seen as normal storage, you can also encrypt them with the Apple build-int whole-drive (or whole-partition) encryption.

Now there is one caveat. Mac OS X does not natively support iSCSI, it has no native iSCSI initiator (client). In contrast, Windows 7 does have a very good iSCSI initiator. I think it's a shame, but Mac users must buy an iSCSI initiator from either:

I've only used the GlobalSAN iSCSI initiator and it seems to work fine. I believe that $89 is well worth the money: all your storage tucked away from your home office or living room.

Another caveat is that iSCSI requires reliable networking or otherwise there is a possible risk of data corruption, so I would not advice using iSCSI over a wireless network connection, although it is possible.

For the most popular NAS vendors, I've added some tutorials on how to setup iSCSI.

P.S. The GlobalSAN iSCSI initiator does support sleep and hibernate, in contrast to what some tutorials may tell you.